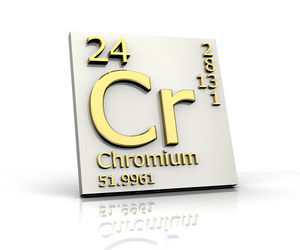 The following foods have the highest concentration of chromium. For a more expansive list on food sources of specific nutrients visit Health Canada's Dietary Reference Intakes for Elements or USDA's National Nutrient Database

The following are the primary uses of chromium. [1] [3]

Excess symptoms and toxicity are not generally seen at doses normally used. The only side effects noted (at doses of 50mcg daily) are [1]

Long-term use of chromium picolinate, particularly at doses above 400mcg/day are best undertaken under supervision by a trained health professional.[4]

The risk of chromium toxicity could be greater in individuals with pre-existing liver or kidney disease.[4]

There is no official RDA for chromium. The following are considered safe and adequate ranges.