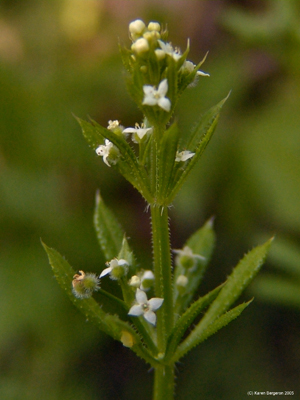 Cleavers (Galium aparine) has historically been used to treat nodular growths of the skin and mucous membranes that could be found on or under the skin. To explore the characteristics, medicinal uses and prescribing considerations of this herb in more detail, check out the references indicated. [1], [2]

Galium aparine was historically used to treat ulcers and nodular growths of the skin and mucous membranes that could be found on or under the skin.

The safety and prescribing considerations for this herb include: [3] [4]