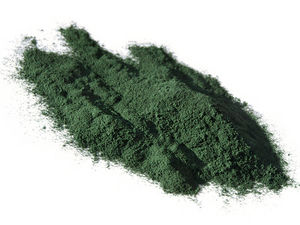 Spirulina is coveted due to the wide range of nutrients it contains. These include proteins, chlorophyll, carotenoids, minerals, gamma-linolenic acid, and some unique pigments. These pigments contribute to its bluish colour. Spirulina is claimed to have antiviral, cholesterol lowering, antioxidant, hepatoprotective, antiallergic, and immune modulating action.[1]

Spirulina is a form of blue-green algae. The most common species used as food supplements are Spirulina platensis and Spirulina maxima which are harvested either from outdoor tanks or in lakes in Mexico, Central and South America, and Africa.

The following are the primary uses for spirulina: [1]

Other proposed uses for spirulina include:

Contaminated blue-green algae can cause liver damage, stomach pain, nausea, vomiting, weakness, thirst, rapid heartbeat, shock, and death. Don’t use any blue-green algae product that hasn’t been tested and found free of mycrocystins and other contamination.

Spirulina should be avoided during this time as there are not sufficient studies to determine its safety and because the risk associated with contaminated spirulina is too high.

Blue-green algae might cause the immune system to become more active, and this could increase the symptoms of auto-immune diseases.