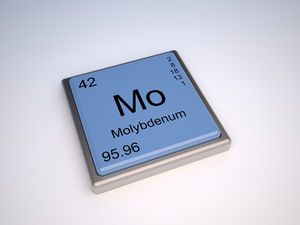 Molybdenum is an essential trace mineral which is involved in several enzymes within the body, including the enzymes involved in uric acid formation (xanthine oxidase), alcohol detoxification (aldehyde oxidase), and sulfur metabolism (sulfite oxidase) [1]. 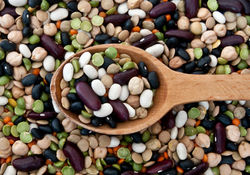 The following foods have the highest concentration of molybdenum. For a more expansive list on food sources of specific nutrients visit Health Canada's Dietary Reference Intakes for Elements or USDA's National Nutrient Database

Sulfites can be found in many food products as they serve as preservatives which prevent the growth of microorganisms. They are commonly found in wine, beer, and dried fruit. Sulfite detoxification is dependent on sulfite oxidase which is molybenum dependent. Symptoms of sulfite toxicity include [1]:

Molybdenum toxicity is not generally seen. Generally, dosages of greater than 100mg/kilogram body weight would need to be ingested in order to see symptoms. Dosages ranging between 10-15mg/day may produce gout-like symptoms in some people due to increased action of xanthine oxidase which increases uric acid production. [1]

There is no official RDA for molybdenum. Here are the estimated safe and adequate ranges.