Silicon is a mineral that is found abundantly on the earth. However, its exact biological role has not been discovered. We do know that it is involved in proper integrity of the skin, ligaments, tendons, and bones because it is required for the functioning of an enzyme known as prolyhydroxylase whose role is important for the formation of collagen in bone, cartilage, and other connective tissue. High amounts of silicon can also be found in calcifying areas of bone; the highest concentrations in the body are in the skin and hair [1]. 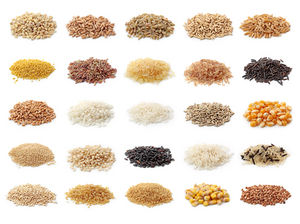 The following foods have the highest concentration of silicon. For a more expansive list on food sources of specific nutrients visit Health Canada's Dietary Reference Intakes for Elements or USDA's National Nutrient Database

The recommended dosages varies based on age and health status. To determine what your specific requirements are talk to your naturopathic doctor or other trained medical professional.

There is no official RDA for silicon. A daily intake between 20-40mg is considered safe and probably adequate.

There has been no demonstration of silicon deficiency in humans.