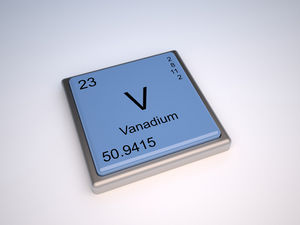 Vanadium has been recognized by the American Dietetic Association as an essential mineral in human nutrition. Most research into vanadium has centred on its role in improving insulin action. In animal studies, it has been shown to improve glucose tolerance, inhibit cholesterol synthesis, and improve mineralization of the teeth and bones [1]. 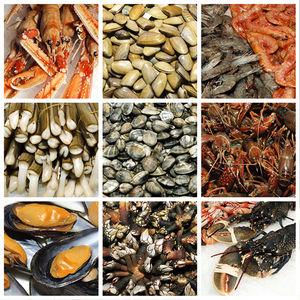 The following foods have the highest concentration of vanadium. For a more expansive list on food sources of specific nutrients visit Health Canada's Dietary Reference Intakes for Elements or USDA's National Nutrient Database

Some studies have shown that greater than 99% of the vanadium ingested is not absorbed.

In a study done on feeding goats a vanadium-deficient diet for 3 years resulting in: [1]

Toxic signs and symptoms that have shown up during animal studies have included: [1]

In studies with humans, high dosages have resulted in: [1]

One other concern with vanadium is that high levels of vanadium have been found in the hair samples of patients with manic depression.

There is no established RDA for vanadium. 10-60mg daily appears to be safe and probably adequate.