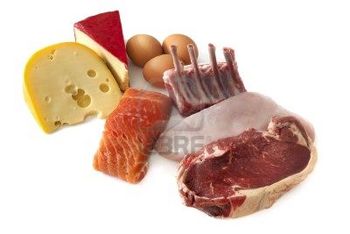 Vitamin B12, or Cobalamin is a water-soluble micronutrient. It was discovered to be the vitamin, that when administered, treated pernicious anemia. Vitamin B12 works along with other vitamins such as folic acid in the synthesis of DNA, red blood cells, and the myelin sheath which surrounds nerves and helps with nerve conduction. As a methyl donator, B12 plays an important role in homocysteine metabolism and is important for proper energy metabolism, immune function and nerve function.

The following foods have the highest concentration of vitamin B12. For a more expansive list on food sources of specific nutrients visit Health Canada's Dietary Reference Intakes for Vitamins or USDA's National Nutrient Database

Significant amounts of vitamin B12 are only found in animal sources. Strict vegetarians and vegans are usually advised to supplement with the vitamin in order to obtain adequate amounts.

Vitamin B12 is unique to the water-soluble vitamins in that it is stored in the liver and therefore signs of deficiency may not present themselves until 5-6 years after poor dietary intake or issues with absorption.

Vitamin B12 is non-toxic. Rarely one might see a worsening of acne symptoms (acneiform exanthema) but this can resolve after a week of discontinuation of supplementation.

There are several forms of vitamin B12 available.