The term "legume" refers both to a plant whose fruit is enclosed in a pod, and to the Leguminosae family to whom these plants belong. Legumes are a dry fruit which develops from a simple carpel and is contained in a seed pod that splits along both sides when ripe. When the seeds of a legume are dried they are known as pulses.[1] 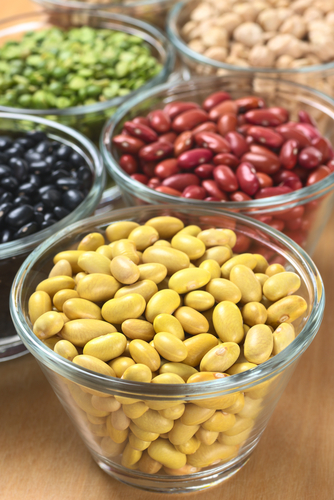 The Leguminosoae family is one of the three largest families of flowering plants and consists of appoximatley 690 genera and about 18,000 species. This family is also known as the pulse, legume, pea, or bean family.

Legumes can also be sub-categorized as either temperate or tropical based on their origin.[2] 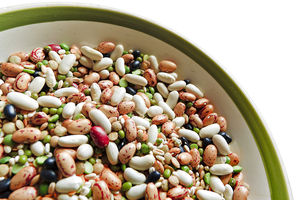 While legumes are a diverse class of food, they do share some common health benefits including: [1], [3]

The cotyledon of the legume (which is comparable to the endosperm in grains) determines the nutrition content of the seeds and provides the nutrition necessary for the sprout to grow and develop. The root nodules of legumes are inhabited by Rhizobium bacteria which helps to preserve the nitrogen balance in soil.

Soy: While the health benefits of soy are numerous, some health concerns surrounding the consumption of soy exist including: [7], [8], [9]

Following are some rules of thumb regarding storing and cooking legumes: [3]