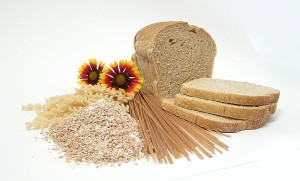 Vitamin B6, or pyridoxine is a water-soluble micronutrient. B6 is an extremely important B vitamin which takes part in over 60 enzyme reactions in the body. It is important for the multiplication of cells and is therefore vital in pregnancy, immune system functioning, mucous membranes, skin, and red blood cells. Because these tissues multiply rapidly, they are in great need of vitamin B6. This vitamin is also important for brain chemistry as it is involved in the synthesis of all amino acid neurotransmitters such as serotonin, dopamine, melatonin, epinephrine, norepinephrine and others and is therefore critical for proper hormone balance.

The following foods have the highest concentration of vitamin B6. For a more expansive list on food sources of specific nutrients visit Health Canada's Dietary Reference Intakes for Vitamins or USDA's National Nutrient Database

The following is a list of most common uses for vitamin B6, although many other conditions have been treated using this vitamin. [2]

Vitamin B6 is one of a few water-soluble vitamins that is associated with some level of toxicity when either taken at high doses or at moderate doses over an extended period of time. Symptoms of nerve toxicity can ensue at doses greater than 2000mg/day.

Toxicity may also occur with chronic intake of greater than 500mg daily taken for many months or years and even chronic long-term use of 150mg a day. It is best to limit intake to 50mg/day.