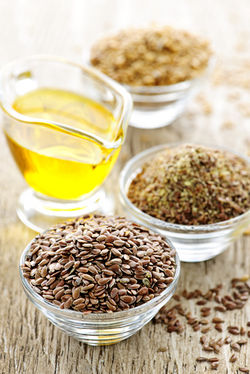 Significant amounts of research has gone into the area of omega-3 fatty acids and the benefits they have on human health, especially cardiovascular health. Of particular interest is understanding the importance of an omega-6, omega-3 balanced diet to increase health and well-being. It is suggested that to optimize health, one must increase intake of omega-3s and decrease intake of omega-6s. In a typical North American diet, the intake of omega-6 fatty acids is approximately 10-40 times higher than the intake of omega-3 fatty acids [2]. This is due to the consumption of large amounts of vegetable oils which contain linoleic-acid. Changes in body fat composition won't occur over night, but require several years of proper daily intake to achieve the proper balance in the body [1]