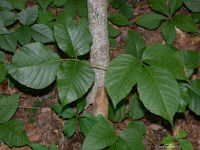 Homeopathic Rhus Toxicodendron is an important polycrest remedy. It is often associated with arthritic conditions, but it is also beneficial for mental conditions, and deep pathologies of the nervous system, the heart and almost all other organ systems.[1]

The following are the main indications for Rhus-tox.[2], [3]