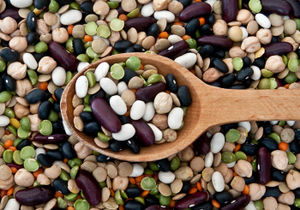 Vitamin B3, or Niacin/Nicotinic Acid/Nicotinate to which it is also referred, is a water-soluble micronutrient. It can also be found in a form called Niacinamide/Nicotinamide. Both forms of vitamin B3 have different applications. Vitamin B3 is important in over 50 chemical reactions in the body especially those related to energy production; fat, cholesterol, and carbohydrate metabolism; and the synthesis of many body compounds including sex and adrenal hormones. It can be obtained through dietary sources but is also synthesized in the body via the conversion of tryptophan to niacin.

The following foods have the highest concentration of vitamin B3. For a more expansive list on food sources of specific nutrients visit Health Canada's Dietary Reference Intakes for Vitamins or USDA's National Nutrient Database

As Niacin is a water soluble vitamin, excess consumption or supplementation is typically excreted in the urine. Doses that are too high for an individual may result in: loss of appetite (initially), followed by nausea and eventually vomiting.